Our machine cannot always detect substances in the sample if they are only present at a very low trace level. Since fentanyl is so potent, it can still have powerful or deadly effects even at these trace levels. 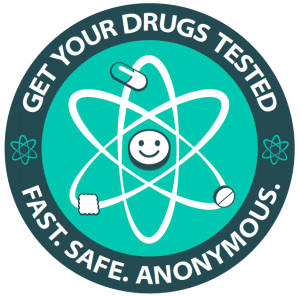 We have a second test which we can use if we want to specifically detect for trace amounts of fentanyl. This is a test-strip system which produces a yes/no result for fentanyl.

To use the test-strip system we dissolve the sample in distilled water and use a small paper strip which changes color in the presence of any fentanyl.

We can do this test at no charge. This test destroys the sample.